SARE FOR SENATE, July 25, 2022--On July 23, New York State “LaRouche Independent Party” U.S. Senate candidate Diane Sare and a team of supporters got a “breakout reaction” while attending a Peace and Freedom Rally held in Kingston, NY, and featuring Scott Ritter. The overall mood in the audience reflected both ferment in the population, as well as the rapidly rising recognition of the importance of Sare’s campaign. Eleven “Sare for Senate” tee-shirts were sold.

The event organizers thought about 200 people would show; the turnout was actually over 500. A woman, who was an organizer of the event, was going through the crowd, and upon seeing Diane, she burst out, “I met you in Albany,” and rushed up to give her a big hug. She is part of a group that is making headway fighting the corruption of the NY state voting system.

The Sare team got many contacts, with one Sare campaign volunteer noting: “Excellent deployment. Either it was a … breakthrough, or shows … a huge breakthrough has been made with your candidacy, and more people realizing LaRouche is right.” 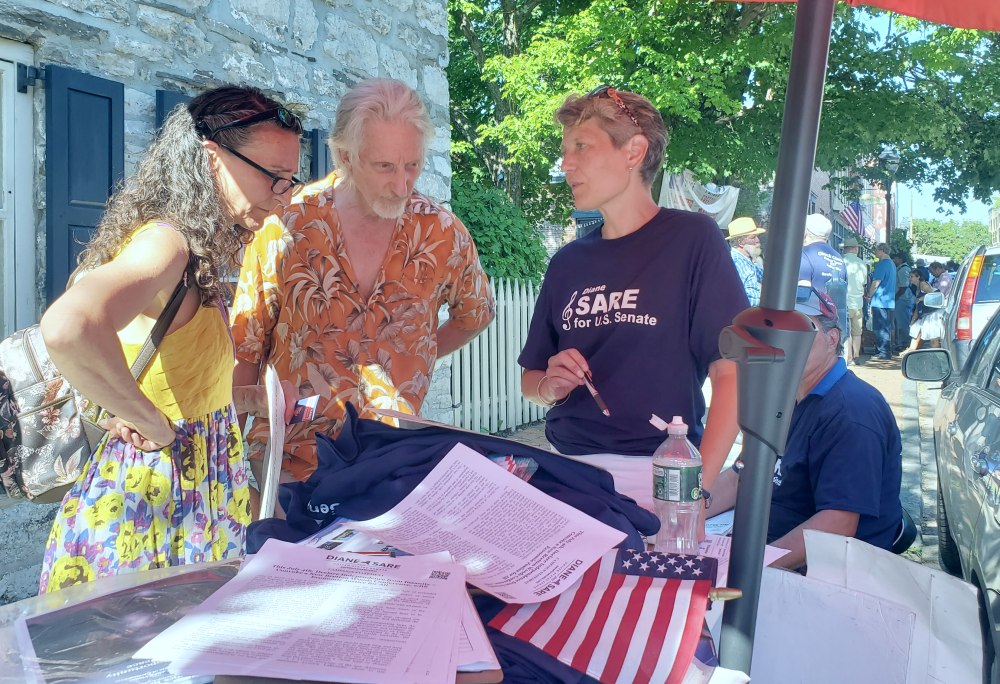