Immediately following President Trump’s inauguration in January of 2017, the London Spectator carried an Op Ed headlined, “Will Donald Trump be Assassinated, Ousted in a Coup, or Just Impeached?” In true British imperial form, this editorial was not really a question, but a statement of intent.  Later, the British House of Lords published a report on December 18th, 2018 saying that a second term of Trump would ruin the special relationship between the US and the UK, explicitly citing President Trump’s unilateral withdrawal from the Paris Climate Accord.  In August of 2019, Mark Carney, then head of the Bank of England, at a Jackson Hole meeting of central bankers, called for “regime change,” arguing that sovereign governments could not be allowed to make their own economic policy, but must be superseded by the central banks, which would be willing to open the floodgates on liquidity pumping. 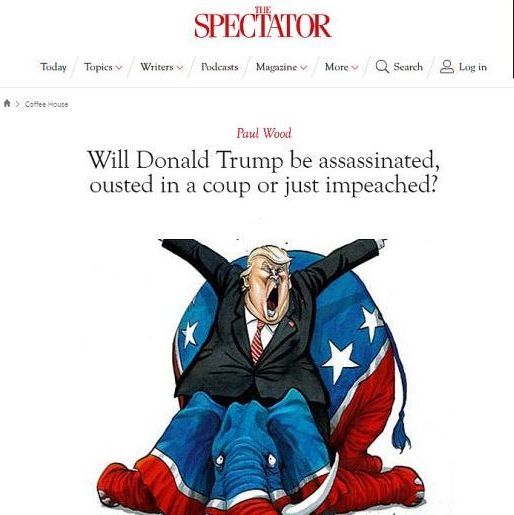 The same British Empire which is targeting President Trump is also targeting the leadership and nations of Russia and China for the same purpose.

In the last months, in spite of the fact that the impeachment attempt against President Trump failed, the Russiagate collusion story has been shown to be a total sham, and the charges against former National Security Advisor Michael Flynn were dismissed, the liars at the New York Times and Washington Post have moved on to make up newer and even bigger lies; the latest being the absurd fable that Russians were offering Taliban fighters bounties to kill American troops, and President Trump chose to ignore it.

With terroristic mobs going from burning and looting stores to tearing down statues of KKK Jucidicial Officer Albert Pike and that of Union Army General Ulysses S. Grant with equal rage, it is clear that the legitimate revulsion and anger over the murder of George Floyd by a Minneapolis Police Officer has been parlayed into a “Cultural Revolution” to turn the American people against against each other, and to eradicate any memory of our actual anti-slavery, anti-colonialist history.

Clearly, while it would be significant and remoralizing for criminal charges to be brought against individuals like former CIA Director John Brennan, James Clapper, Susan Rice and others involved in the illegal attempt to overthrow the Presidency of Donald Trump, this battle will not be won in the courts.

The case of Lyndon LaRouche is an important precedent in this situation.  LaRouche was indicted and eventually jailed while running for president in the 1988 elections.  Although a federal bankruptcy judge found “fraud on the court” in an earlier case, and even though the former Attorney General Ramsey Clark had become LaRouche’s lawyer, this did not sway the court, and LaRouche remained in prison until a huge international mobilization led by his wife Helga Zepp-LaRouche made the case an international scandal.

This is why the battle to fully exonerate LaRouche now is so crucial to restoring the integrity of our system of justice. 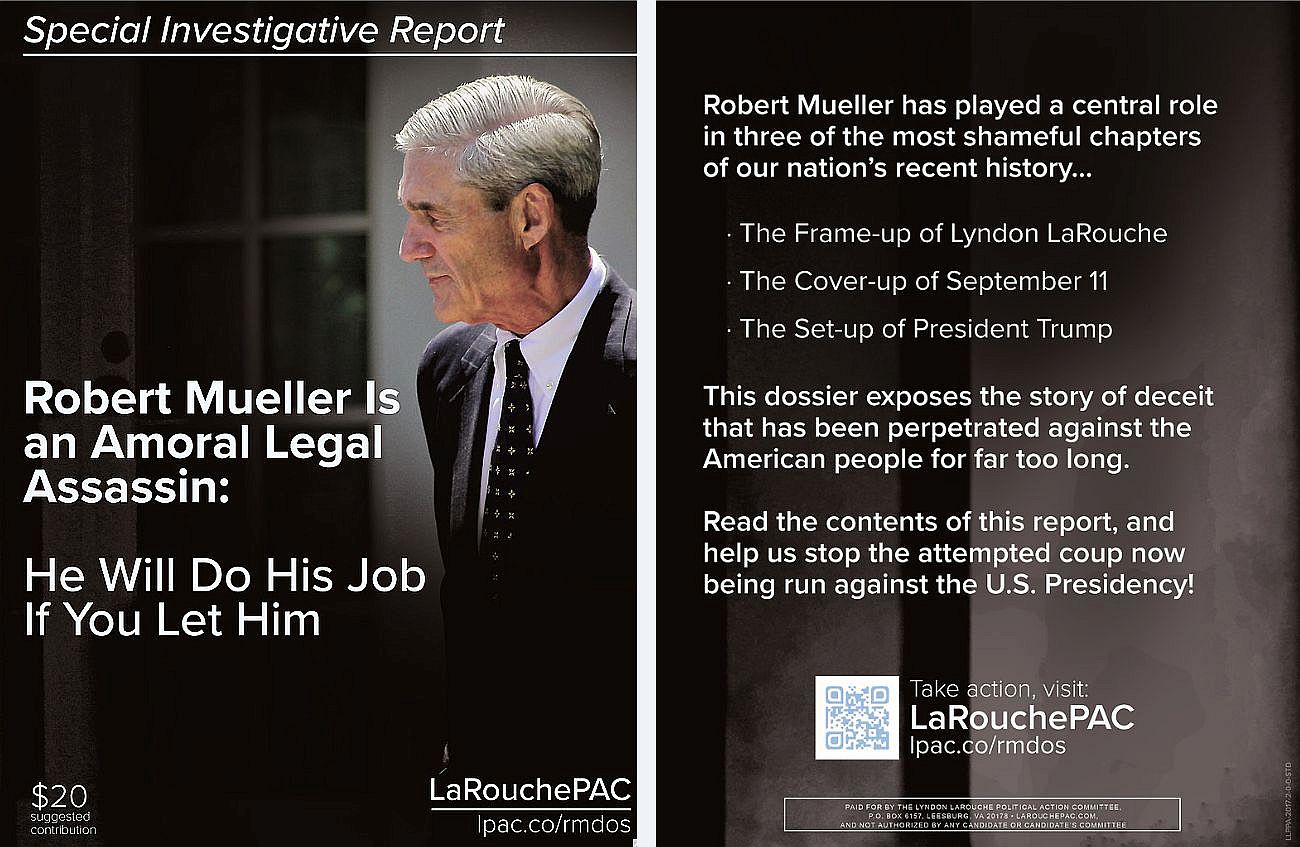 Americans have become weary of the terrible corruption in our courts.  From top to bottom, it is exceedingly rare to find a judge who has the integrity and courage to stand up for Truth. It is the intent of the Soros-and-City-of-London-funded “Cultural Revolution” to eradicate the principle of Truth altogether.

However, just as universal principles such as gravity make themselves known in the physical domain; all great philosophers and poets have warned us that the principle of Natural Law (sometimes known as the Hand of God) will have the final word in the affairs of men.  Therefore, it were better to take a stand for Truth sooner than later.  If more Americans would cease being cowards, and speak boldly in defense of our nation, we will handily defeat this well-funded, but poorly supported operation against the United States.