Sare Speaks at the Jamia Islamic Center In Brooklyn

Sare Speaks at the Jamia Islamic Center In Brooklyn

SARE FOR SENATE, August 19, 2022--Diane Sare was invited to the Jamia Islamic Center in Brooklyn to speak following the 1 pm prayers on Friday afternoon. Sare had addressed a nearby mosque during the petitioning process, which petitioning succeeded in putting Sare on the ballot for the US Senate race in New York.

After prayers ended, at least 50 people stayed to hear Diane speak for 5-10 minutes about the global crisis and the solutions available.

Diane told people that we were on the brink of a much larger disaster, and potentially a nuclear war, because the U.S. is acting like the hated British Empire, attempting to maintain control over the world using sanctions and military force. These sanctions, intended to create such misery in the targeted country that the people would overthrow their leaders, are evil.

The solution Diane outlined begins with America returning to the principles of the founding fathers, who organized a revolution against the British Empire and worked to create a community of sovereign nation states. She then outlined the program of Helga Zepp-LaRouche, (Chairman of the Schiller Institute) entitled Operation Ibn Sina, named after one of the most significant physicians, astronomers, philosophers, and writers of the Islamic Golden Age. Project Ibn Sina calls for the urgent necessity to organize the U.S., Russia, China, India and other nations to immediately provide food and medicine to Afghanistan, which was left devastated by the U.S. after 20 years of war. Such action would create the moral foundation for a collaboration to end poverty and underdevelopment worldwide.

The discussion continued over lunch, at the invitation of mosque elders and prominent members of the mosque. While at the restaurant, a journalist, having heard that Diane had spoken at the mosque, came over to conduct an impromptu interview. The journalist noted that he had followed the work of the Schiller Institute since 2003, and that the Schiller Institute can be trusted. 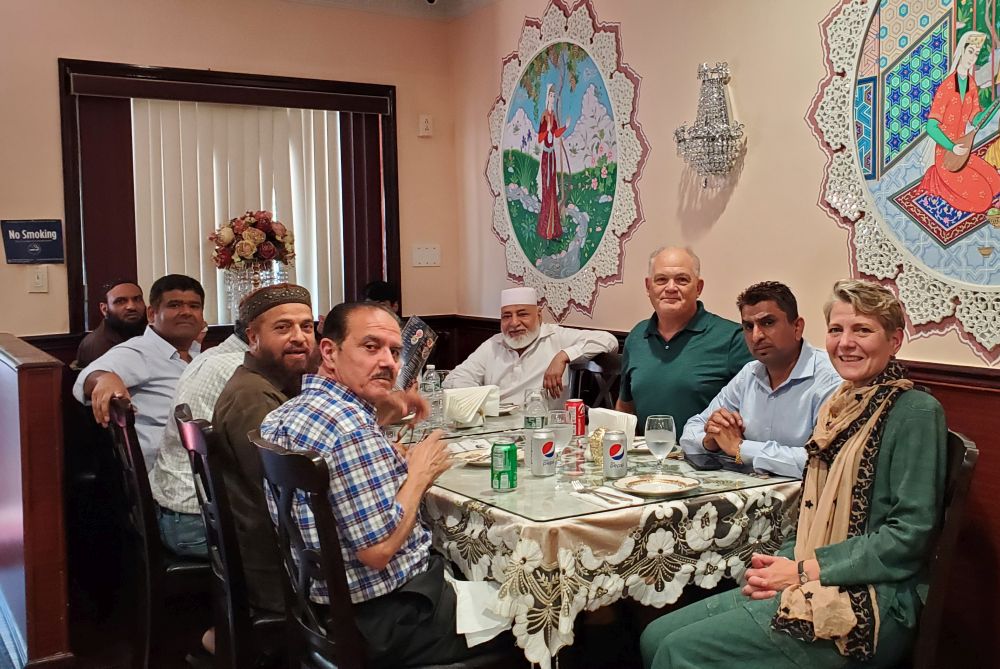