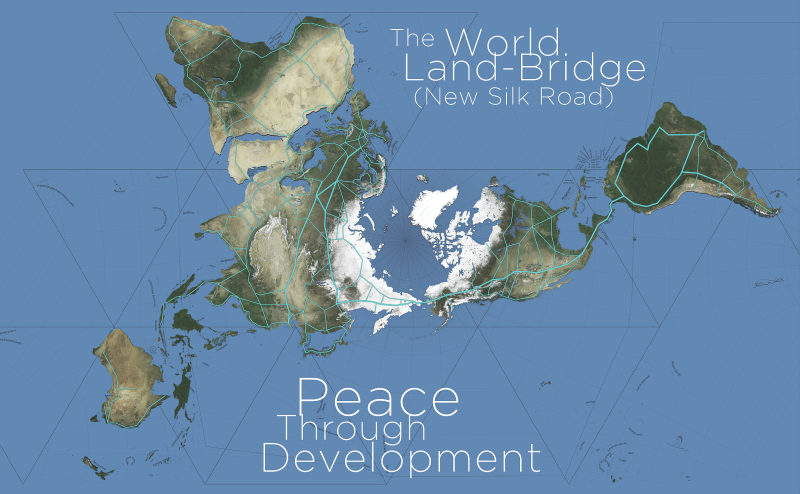 The neoliberal system is hopelessly bankrupt. But Western governments, rather than drawing the consequences of this fact, and fundamentally reorganizing the system, have escalated the confrontation with their alleged systemic competitors, Russia and China. This has led, as a result of NATO’s five-fold expansion eastward, to a reverse Cuban Missile Crisis and to a war in the middle of Europe which could potentially escalate into a nuclear Third World War.

Many people are afraid of a new world war, and justifiably so. But it is the causes of the danger that we need to eliminate! Aren’t we witnessing how nothing is working anymore? Aren’t supply chains breaking down everywhere? Aren’t food and energy prices exploding? The German government now wants to ration gas, while in Poland and Lithuania, people are once again heating with wood.

No, this has next to nothing to do with China’s “Zero Covid” policy, and only indirectly with the war in Ukraine. But it has a lot to do with the neoliberal model, in all its aspects. The neoliberal idea of outsourcing a nation’s industrial production to low-wage countries, was wrong, as it destroys productive jobs in industrial nations and exploits labor in the developing countries. Equally wrong is the idea of a “shareholder-value society,” in which short-term stock market profiteering is the sole goal, and long-term rises in physical economic productivity are meaningless. And just as wrong is the idea that “money earns money,” as if money had an intrinsic value in itself, or the just-in-time idea, in which inventories are no longer needed, since trucks can deliver semi-finished parts at the last minute. But above all, what is totally wrong is the idea that money is synonymous with social wealth. This fairy tale has only led to an explosive increase in the number of billionaires and millionaires, while the ranks of the poor are also growing, and the middle class is disappearing.

The stunning collapse of infrastructure in the United States and Europe—be it unsafe bridges, freight trains waiting for days on rail sidings, the absurd amount of time required for repairs, the shortage of skilled labor, or the disappearance of products on store shelves—is proof positive of the failure of the neoliberal model. Galloping inflation, in particular, is not the result of the “war in Ukraine,” but of the excessive money-printing by central banks since 2008, in an attempt to paper over the systemic crisis.

With the trans-Atlantic financial system today, we are facing what we faced in Weimar Germany in 1923: hyperinflation, which threatens to devour the entire life savings of the population. Attempts by the central banks to fight that inflation with interest rate increases could unleash a chain-reaction collapse of indebted firms and developing countries. The aggressive decoupling from Russia and the attempt to move against China are ongoing, and will sink all nations.

The effect on the developing world is murderous. Already now, according to the UN, 1.7 billion people are threatened with a hunger catastrophe, which has been exacerbated by the self-destructive sanctions against Russia and other countries. The neoliberal model has done nothing to fight poverty in the Global South, where 2 billion people have no access to clean water and the majority of developing countries have no effective health system, leaving them defenseless when exposed to the Covid pandemic and other diseases. The social systems of many countries are already collapsing. If inflation gets out of control, or if there is a sudden collapse, large parts of the world could plunge into total social chaos. Moreover, it is unacceptable to use climate and environmentalist concerns to justify de-industrialization and radical depopulation, as Malthus did in his time.

Although the governments of the Western world will not admit it, the neoliberal system today is as bankrupt as were the communist countries in the 1989-1991 period. Rather than recognizing this fact, they continue making decisions whose consequences they have not thought through, threatening the collapse of societies. Instead of rationing gas and letting prices for basic necessities soar uncontrollably, they should lift the sanctions—a brutal form of warfare against the populations of the targeted countries—and rely on diplomacy to solve conflicts.

We the signers therefore call for the immediate convening of an emergency international conference which mandates:

First: The reorganization of the bankrupt world financial system and replacing it with a New Bretton Woods system. The declared goal of this new credit system must be overcoming poverty and underdevelopment in the entire world, but above all raising living standards in developing countries, making it possible for all people on this planet to fully develop their potential capabilities.

Second: A bankruptcy reorganization of commercial banks, putting them under creditor protection, so that they can supply the real economy with credit. Investment banks and other financial entities must manage without taxpayer money, putting their accounts in order on their own, and declaring bankruptcy, if necessary.

Third: The banning of derivatives trade under agreements among governments.

Fourth: The immediate implementation of a system of fixed exchange rates, which can be periodically adjusted by governments within certain limits.

Fifth: The fundamental reorganization of the debt of countries and firms and, when necessary for their continued productive existence, the cancellation of debt.

Sixth: The setting up in each country of a National Bank in the tradition of Alexander Hamilton, so that credit creation is put under the control of sovereign governments. With this, productive full employment can be achieved through investments in basic infrastructure and innovation.

Seventh: The negotiation among National Banks of long-term agreements on long-term, low-interest credit to allow investments in an international infrastructure program, and projects of the World Land-Bridge such as are outlined in the report “The New Silk Road Becomes the World Land-Bridge,” and as China is implementing in the Belt and Road Initiative.

Eighth: The expansion of the World Land-Bridge, which creates common economic advantages for all countries, which in turn becomes the basis for a new international security architecture, taking into account the security interests of all nations on this Earth. The new name for peace is development.

We, the signers of this call, are of the conviction that the system of “globalization” with its brutal vulture capitalism, has failed—economically, financially, and morally. We must make people the priority of the economy, which is not a self-service shop for billionaires and millionaires, but must serve the Common Good. The new economic order must guarantee the inalienable rights of all people on Earth.