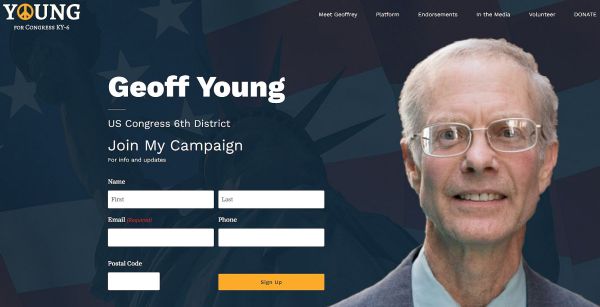 I enthusiastically endorse Diane Sare (Independent) for the US Senate in New York State against the reckless, dangerous, terrorist-supporting, CIA-supporting, Nazi-supporting [in Ukraine] incumbent, Chuck Schumer. I'm the Democratic Party nominee for the US House in Kentucky's 6th Congressional District, but I cannot in good conscience endorse my fellow Democrat, Sen. Schumer. Diane Sare is fully aware that Washington cannot possibly dominate the entire world militarily, which we have been trying to do since World War 2 ended in 1945. It is now clear that Western imperialism is being defeated in real time by Russia, China, and most of the rest of the world's civilized countries. Diane would make a much better Senator than Chuck Schumer (D-Ignorant, Savage Neocon) has ever been.

Yours in Peace,
Geoff Young
Young4ky.com