To understand why I am advocating Lyndon LaRouche’s “Four Laws” to address the crisis in the U.S. Economy, it is first necessary to dispense with the delusion that we are in some kind of recovery, or that we were in some kind of recovery prior to the COVID-19 pandemic lockdown which began in March 2020.  I co-authored a package of articles in Executive Intelligence Review entitled “The Bitter Truth About the U.S. ‘Economic Recovery,’” which appeared in the July 12, 2019 issue to make the point that by all human metrics, the U.S. economy is in dire straits.  That is, if you look at life expectancy, homelessness, unemployment, suicides, overdose deaths, the American Society of Civil Engineers Report Cards, it is very clear that the more the stock market goes up, the more the actual welfare of the American people goes down, just as Lyndon LaRouche forecast it would with his famous 1995 Triple Curve Function. 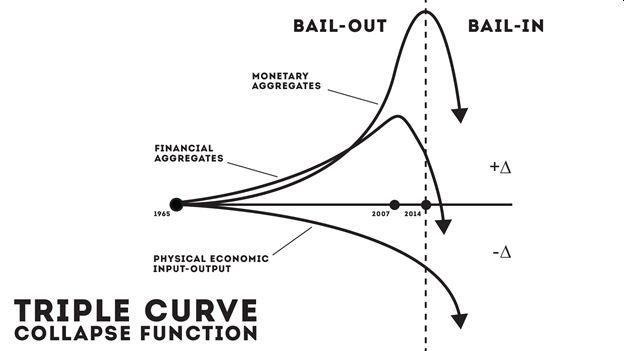 Prior to COVID-19, American families were already under enormous strain, as the cost of living was soaring, but median incomes were not. While under a fraudulent “Russia-gate” investigation and impeachment attempt, President Trump managed to sign a trade agreement with China (which is now in jeopardy) and save or restore some manufacturing jobs here and there, but due to the ongoing attempted coup, and the  Wall Street/City of London loyalties of Trump’s cabinet, the kind of sweeping reform he had spoken of on the campaign trail, like the reinstatement of the Glass-Steagall Act and 50 great infrastructure projects, have not occurred.

The most significant thing that President Trump has been able to accomplish in this regard, is a very important revival of the manned space program, including a successful launch of two American Astronauts on a SpaceX rocket to the International Space Station.  This is a significant step in NASA’s Artemis Mission to land the first woman and a man on the Moon in 2024, and to establish, at long last, a permanent base at the South Pole of the Moon from which to launch future missions to Mars and further.

The program below “The LaRouche Plan to Reopen the Economy” gives some of the rough parameters of what is needed in the United States and worldwide.  (If you have expertise in skilled apprenticeship programs, agriculture, fusion research and would like to collaborate with my campaign in these areas, please fill out the VOLUNTEER form and we’ll be in touch soon!)

“The LaRouche Plan to Reopen the Economy: The World Needs 1.5 Billion New, Productive Jobs” was released  on May 23, 2020. The proposals are based on the LaRouche method of physical economy applied to the daunting task of productively employing 1.5 billion people on the planet—nearly half the work force—who are now de facto unemployed.

This spectacular program to create 50 million productive American jobs is the only serious response to “the big one”—the simultaneous disease pandemic, hunger pandemic, mass unemployment pandemic, and financial collapse. The U.S. economy that “reopens” has to be a new economy retooled and converted to rebuild a shattered world economy, creating a modern healthcare and public health system throughout the underdeveloped nations, and new power, water, and high-speed transportation infrastructure. It must be an opening to the American System of industrialization and scientific progress, on the scale of the world.

There is no better example of this than America’s return to space, with the pending launch of an American-made manned rocket to the International Space Station (ISS). The fundamental premise of the new report is that economic growth must be driven by breakthroughs in science and technology, which breakthroughs translate into increases in the productive powers of labor. Current cooperation in space must become a full-fledged international Moon-to-Mars mission, as the “science driver” for the entire process of creating new, high-technology productive employment and education of young people to take on new fields. The new report addresses the task of transforming the U.S. workforce to meet that challenge, with an especially exciting new concept presented in the chapter entitled, “America’s Space Mission; Youth’s Next Frontier.”

It’s time for Americans to think big again. Don’t ask how or when to reopen the economy. Ask, “What must be the character and direction of the economy that will be reopened?” The global pandemic has ripped the mask off of the failed British neo-liberal economic system, exposing the tragic transformation of the agro-industrial base of western economies into hollowed out consumer- and entertainment-driven service economies. It has exposed the equally tragic idea that the “underdeveloped” countries could remain permanently underdeveloped, without genocidal consequences. That system is dead, and it must be buried, by an alliance of major nations, led by the United States, Russia, China and India, around the creation of a New Bretton Woods international credit system, modeled on what FDR intended, to lift up nations’ economies all over the world, and as long called for by Lyndon LaRouche.

LaRouche presented the choices before us, in a June 14, 2007 webcast: “We have now an incalculable crisis worldwide in progress.... This is a crisis to see who is going to run the world. Is it going to be a group of nations, or is it going to be the re-emergent British Empire which never really went away—which takes over from the United States and establishes its world rule through globalization?”

The  report highlights the critical role the U.S. plays as part of that “group of nations.” Conversely, if a “recovery program” is attempted for the American economy alone—avoiding that cooperation, ignoring the underdeveloped nations’ crying need for hospital building, healthcare supplies, electric power, water management, new transportation—Wall Street and the City of London will control it. And they will make sure it’s a “green new deal” and a new “green finance bubble,” created to replace their collapsing “everything bubble.”

This report also contains a special message to the American people from Helga Zepp-LaRouche, calling for a resurgence of the historic identity of the United States, as embodied in George Washington, John Quincy Adams, Abraham Lincoln, Franklin D. Roosevelt, and, above all, her late husband, Lyndon LaRouche. She renews her appeal to President Trump for the exoneration of LaRouche.